ASSE-LENNIK is getting ready for their second consecutive participation in the 2013 CEV Volleyball Champions League. Their first game is at home against Italian champion, Lube Banca Marche MACERATA. Read more about latest volleyball news, games reports, and statistics on WorldofVolley. 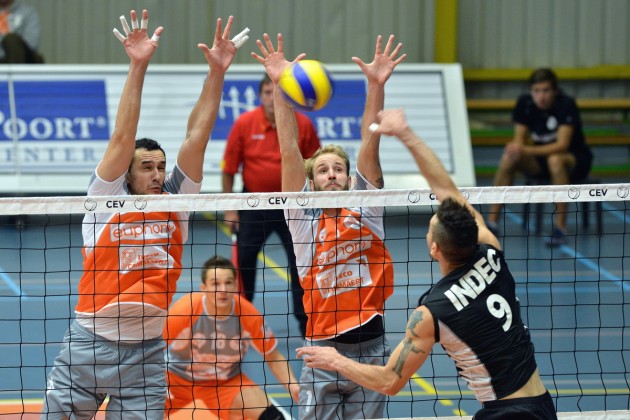 On Wednesday, October 24, the campaign starts with a home game against the Italian top-favorites of this edition, Lube Banca Marche MACERATA.

Next to Italy’s national champions, the Belgian vice-champion will play in Pool D also ACH Volley LJUBLJANA (Slovenia) and Generali UNTERHACHING (Germany). All competitors with a strong history in European Volleyball and great squads that want to claim top results in this competition.

Dutch born head-coach Marko Klok is spending his second season with Euphony. He has the tough job to replace star players as Robin Overbeeke and Dirk Westphal who left the team, as only 4 players from last year’s squad have stayed in Belgium.  “Gradually our level is increasing and individually everyone is training at a high level. As a team we will need more games to be able to achieve the top quality we long for. The CEV Volleyball Champions League will help us a lot in the development of our team. Out of the new players only Canadian Thomas Jarmoc has got some experience in this competition as he comes from VfB FRIEDRICHSHAFEN” states Klok. “We are experiencing a tough start of the domestic season with strong teams as ROESELARE and ANTWERPEN, but we are well preparing for our first Champions League fixture against the Italian top team” he adds.

Captain Tim Verschueren started his fourth season with the club and hopes to show the local fans some fantastic games in this competition, remembering last year’s heroic performance against Zenit KAZAN. “We are also looking forward to playing in the fantastic Topsporthal in Gent. This is the perfect location and venue for the team and for the club to show our ambitions inside and outside the court to our fans and sponsors”.