Vietnam picked up a straight set win against Australia, in the 9th Asian Youth Girls’ Championship. You can read all relevant news from volleyball world on Worldofvolley.com. 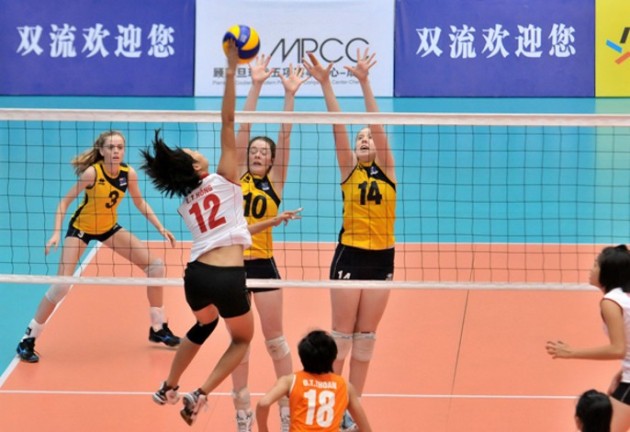 Australia set the tone in the opening set with captain Stephanie Phillips’ strong serves. The height advantage likewise paid off as their blockers manned the net at crucial plays.  But with one mistake after another, the Australian girls provided a window of scoring opportunities for their opponents. The Vietnamese side managed a string of successful attacks and a service ace to close the first set at 25-23.

Australia’s performance spiralled down in the succeeding set as they continued to suffer from errors.

Coach Christopher Todd initiated several substitutions, but his bench players likewise became prone to mistakes. Meanwhile, Vietnam harnessed their momentum from the left flank. N.T.T.Huong dazzled with her attacks, challenging the taller opponents, to close out the second set to Vietnam’s advantage.

Vietnam committed their own share of errors in the next set, but the Australia lagged even farther behind. Even with their best effort in blocking, the Australian side could not handle Vietnam’s offensive power. The 12 service aces launched from the Vietnamese court did not help the Australians to recover.

N.T.T.Huong’s attacking game was the clincher for Vietnam’s second win in the tournament, scoring a total of 13 points from her spikes. Team captain L.T. Hong made for a strong middle as she picked up 13 points herself.

WOOOW: Leon, Ngapeth did you see this...