China clutched another win , 3:0, against Thailand. China’s Lin Lin made the most number of points at 15, but three other players, Wang Yunlu, Yuan Xinyue, and Ju Wanrong provided double-digit contributions. 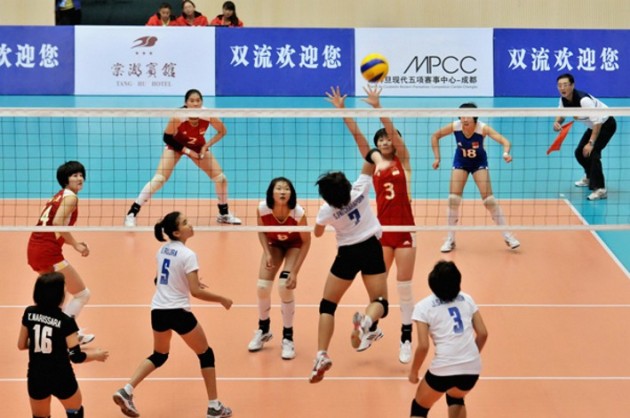 China had the clear edge in the match but they got off to a mediocre start with their string of errors. Thailand tried to address the opponents’ towering line-up by hitting from the back-row to avoid the challenge of the tall blockers, but China was able to anticipate the attacks all the same.

Thailand resorted to subtler spikes to find the weak and open spots of the Chinese’ floor defence. This strategy paid off for them in several plays. China later retaliated and enabled scoring from Lin Lin and Hu Mingyuan to win the first set.

The Chinese side minimised their errors in the succeeding set and raced to a 9-1 lead. Thailand increased their success rate in attacking, helping them gain not only points but confidence as well. China started serving fiercely and scored seven aces, which the Thais found hard to surmount.

Yuan Xinyue and Wang Yunlu packed the Chinese side’s attacks with power that proved to be too much for the Thais to handle. They realised it was the most effective method to win the third set and the match as the Thai side looked exhausted to sustain their gallant effort at defence.

China’s Lin Lin made the most number of points at 15, but three other players, Wang Yunlu, Yuan Xinyue, and Ju Wanrong provided double-digit contributions.