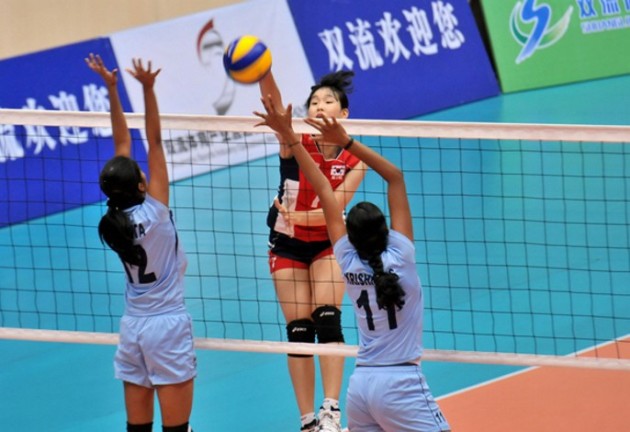 The Koreans had the clear advantage in Tuesday’s match, with their superiority in technique and skills. Lee Hanbi had a strong game at the wing. The Indian defenders were not equipped with the sufficient capability to contain her.

The Indian side was likewise mauled by their own errors, leaving the Korean hitters to score consistently. India’s limited range at attacking was painlessly deflected by Korea’s blockers, who stood taller and looked stronger at the net.

The Koreans, having checked on their opponents’ transparent defensive formation, stormed the Indian girls with service aces. Korea scored a total of 11 points from the service area. Park Gyeongyeon connected with five points off serves. Jimin Kyeong charted the most points with 15, while Lee Hanbi contributed 12 more points for the Korean win.