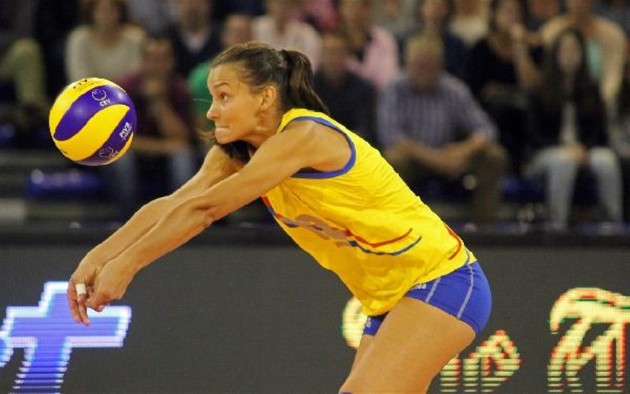 Firstly, a 27 year-old receiver Adina Salaoru extended her contract and will spend her fifth consecutive season with Alba. During last four years, she became a true icon of the club, winning national championship three times and national Cup one time, all as a captain. Performances in Alba helped her to earn captain armband in Romanian NT as well and to be awarded by the Romanian Volleyball Federation as the best player in her country in 2016.

Secondly, Alba announced the transfer of a 29-year-old middle blocker Renata Maggioni. The Brazilian athlete, who also holds Polish citizenship, came to Romania from last season’s national Cup runners-up in her homeland, Camponesa/Minas. Once, Renata won gold medals in the U18 and U20 world championships.

And finally, Alba hired Bulgarian NT setter Petya Barakova. A 23-year-old player came from the French silver medalists Entente Sportive Le Cannet-Rocheville, having won two gold medals in her career, so far, both with the Swiss side Volero Zürich. Barakova is currently engaged with her national team in the 2017 FIVB World Grand Prix – Group 2.

ITA W: Canadian setter, who was without...