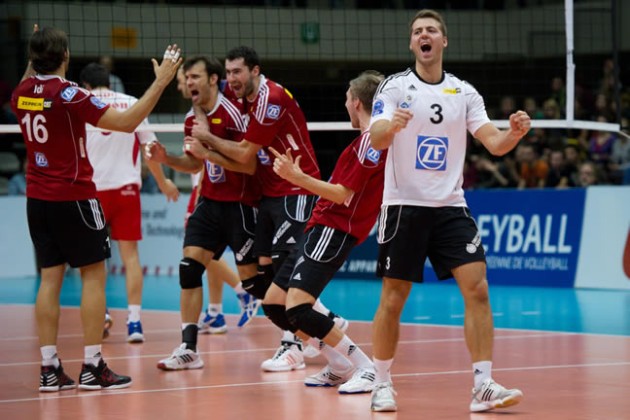 “It should not sound arrogant, but in our pool we expected to qualify for the second phase”, said Moculescu and tried to reduce the high expectations regarding the duel against KAZAN.

“Matches like this are very useful for our development. It is not important, if we finish as first or as second in our pool”.

In Leuven FRIEDRICHSHAFEN could bring home the first two sets, which meant the spot for the Playoffs 12 was granted. So Moculescu gave – except for injured libero Nikola Rosic – all of his players the chance to perform on the court.

“I am glad that the guys, who came in, did it well and won the match in a way like that”, he said. Special compliments received libero Thilo Späth, who replaced Rosic. The 24-year old German organised the defence very well and showed a smart performance in reception as well.

“Thilo made a good job” so Moculescu. “Nice work.” Also Späth himself was satisfied. “I got a bad start into the match”, he stated. “But very soon it went quite well”.

The victories of FRIEDRICHSHAFEN against ASSE-LENNIK and Zenit KAZAN against Remat ZALAU mean that there will be real battle for the top of Pool B between the German and Russian champion next Wednesday.

“We will see what is going on”, says middle blocker Marcus Böhme. “Anyway we want to show that we are able to play at the highest level”.