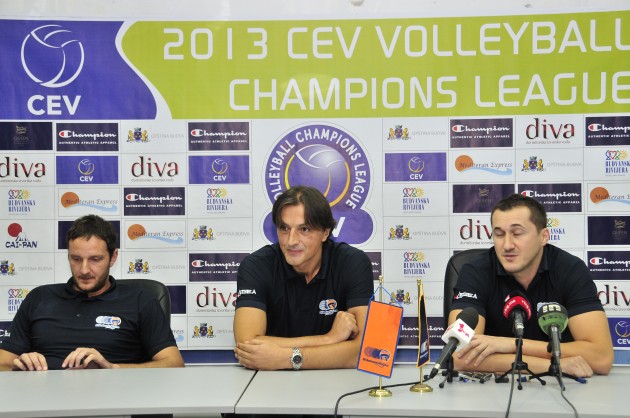 “We’re happy with our three points”, Mark Lebedew said after the match. “We had a great start in set number one, but we were not able to keep up the pressure in the second round as we had problems in our service and reception”, the Australian analyzed and added: “I’m particularly happy that players like Aleksandar Spirovski showed the strength of their nerves”.

For head coach Sinisa Reljic – in whose team Vojin Cacic was the best scorer (18 points) – it was the expected defeat. “I hoped that we would be able to take a point out of this away match, tough”, he said and found reasons why his team could not cope with the opponent’s strength: “In Montenegro we’re not used to play at this high level”.