Budvanska Rivijera BUDVA could finally celebrate their first win in the prelims of this year’s CEV Volleyball Champions League as they edged Jihostroj CESKE BUDEJOVICE. Budva will travel next week to Russia to play Lokomotiv NOVOSIBIRSK. 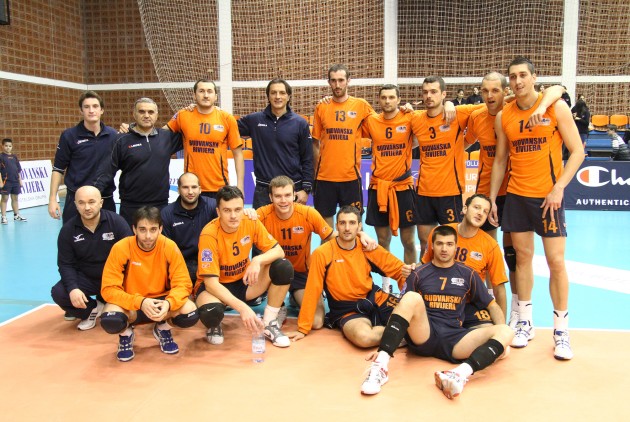 Budvanska Rivijera caught a good start and played really well showing a good block defense system, with Vojin Cacic standing out in offense and heavily helping claim the opening set (25-21). However, things turned around in the second set where the Czechs imposed their own game (22-25) before BUDVA got back on track in set 3, after a slow start had opened the way for an 8:10 in favor of Jihostroj. Budvanska Rivijera cruised to the front at 14:12 and eventually showed great composure in a dramatic final rush where the “orange” guys were much helped by Milan Markovic (25-23). Still the hosts lost focus and quality in set 4 being able to score only 13 points there and hence a tie-break was called. There BUDVA played with glowing hearts and eventually could leave the court celebrating a happy end (15-7).

CL W: Gözde Sonsirma Kirdar – “We were below our standards in attack”

CL M: Milan Markovic – “I have to congratulate our coaching staff“