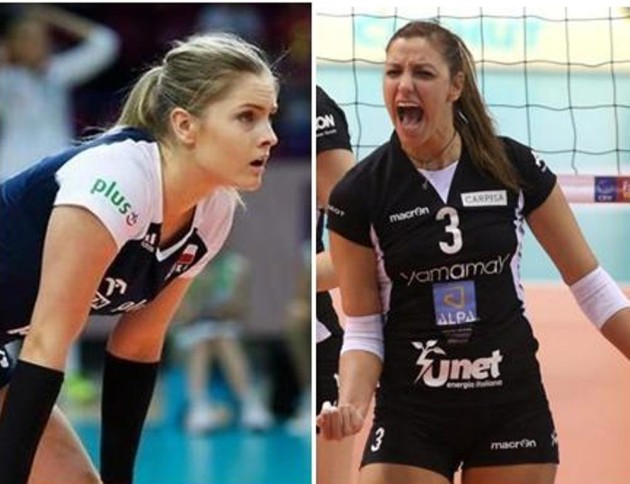 Indre Sorokaite will play her third season in Il Bisonte FIRENZE.  Italian attacker will defend the colors of Il Bisonte since that two sides have decided with mutual satisfaction to continue the collaboration.

In the previous season, Sorokaite was the 10th best-scorer of the league after a whole season with 377 points from 24 matches (4.14 per set) and also was the 6th best-server with 30 aces. Check her stats.

Malina Terrell is a new member of Beziers. She moved from Finland where she played in the last two seasons. In the previous season, she played for Polkky Kuusamo who won the silver medal in the Finnish Cup. Also, the club hired Amélie Lautric, the middle blocker who came from Istres.

From Romania to RC Cannes came the Italian setter Noemi Signorile. Last season she played for CSM Bucuresti who won the Romanian championship. For Noemi, this will be her second season outside of Italy. Check her stats.

Ayse Melis Gürkaynak will play for Vakifbank also in the 2018/2019 season. This talented middle blocker will defend the colors of the Turkish champions for the fourth consecutive season but the 12th in total. Last season she was a part of the team who won all trophies – 4! Turkish championship, Supercup, Cup and CEV Champions League. Check her stats.

Chemik Police hired the Polish national team player Martyna Grajber. The 23-year-old volleyball player in the past five seasons performed for Grot Budowlani Lodz, with whom she won the Polish Cup and bronze medal in the championship. Grajber was the third best receiver in the Women’s Volleyball League 2017/2018. On the other side, the young player Magdalena Stysiak joined the senior team.

Serbian opposite Marta Drpa will play one more season in SC Potsdam. This will be her third season in the German club but after her team finished the previous season earlier than others, she moved to the Philippines where she played for Cocolife.

SRB W: Brankica Mihajlovic will have to undergo surgery on left knee