Asseco Resovia defeated Effector Kielce 3:0 (25:20, 25:18, 25:19) in the second leg quarter finals of the Polish Cup. This and other volleyball news read on Worldofvolley.com. 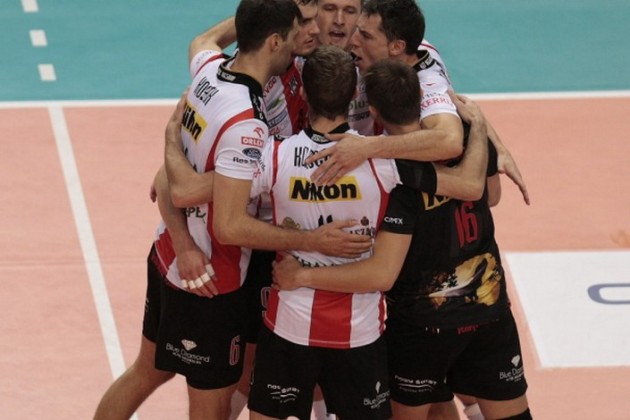 Polish champions for the second time without losing a set defeated the Effector Kielce and advanced to the Polish Cup Final tournament (26-27.01. Częstochowa). The team from Rzeszów for the seventh time in a row, will play in the final tournament, which in recent years (since the season 2009/2010) has the Final Four formula.

Asseco Resovia has strongly dictated the conditions of the game. With very good reception they have easily won points against team from Kielce. “We enjoy a promotion for the final tournament of the Polish Cup“ says Maciej Dobrowolski, Asseco Resovia setter. “Our win the first game put us in a very good situation. We enjoy in this win and we are waiting the next important league match against Czestochowa. Once again we are in the Final Four of Polish Cup, and we expect a tough fight for the finals and then, hopefully, for a major trophy” added Polish champions setter. Despite several changes in the composition, which made coach Andrew Smith during the meeting, the quality of the game for the team remained at the same level.