New details regarding the case of the rebellion of Poland Women’s National Team players against the head coach Jacek Nawrocki have emerged. 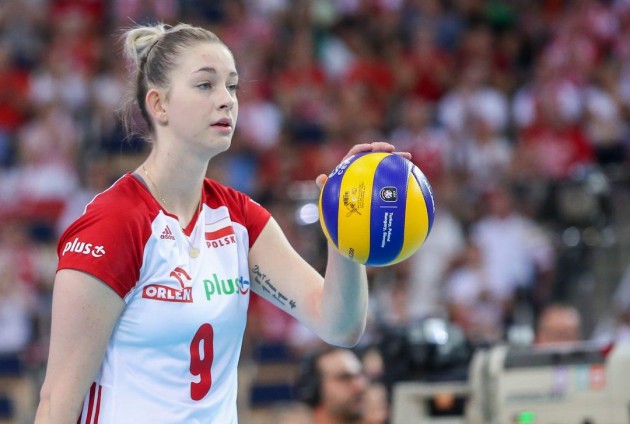 Polish media reported that the key of the tensions between 13 players of Poland National team and the head coach Nawrocki was in his favoritism of two youngsters at the 2019 EuroVolley over them. These two were libero Maria Stenzel and opposite hitter Magdalena Stysiak. And both did not sign the letter of resentment that the other 13 players signed and sent to the President of the Polish federation Jacek Kasprzyk. WP SportoweFakty contacted Stysiak to ask her why she did not sign the letter and was the favoritism that Nawrocki allegedly showed at EuroVolley to her and Stenzel in the root of all of these misunderstandings.

“I haven’t signed it because I’ve been coached by Nawrocki for only half a year. Nothing bad happened to me. The girls worked with him longer, five to six years, and if they had a problem, they had the right to speak. I’m 19 years old. I told my colleagues: ‘Sorry girls, in this situation I’ll be neutral. I won’t sign this letter. I play for half a year and everything’s fine with me. If you feel like writing – write. I will bear the consequences with you, but I have the right not to sign this letter.’ They replied that each of us has the right to choose and understood this decision. There were no problems,” Stysiak said.

She added that she did not feel favored by Nawrocki over the other players but admitted that she spoke to him more often than the other girls during the tournament. Stysiak said that it was due to the fact that she needed support and additional instructions knowing that it was her first European Championship.

“There were slight tensions between us in the team, but then we explained everything to each other. We are women, we were together for five months. It’s normal. For me, the most important thing is that we have explained the whole situation. Now there’s no tension between me and my colleagues. Earlier – I won’t hide it – some girls had slight conflicts, but everything was explained. I don’t want to go back to that anymore,” the 18-year-old opposite hitter stressed.

There was a statement that Stysiak and Stenzel are favored, how not to favor them since they are one of the best players in the team and on the court.