Bulgaria is another step closer to the 2013 FIVB World League Finals, after completing a fantastic performance against last year’s World League gold medalists, Poland. This and other volleyball news read on Worldofvolley.com. 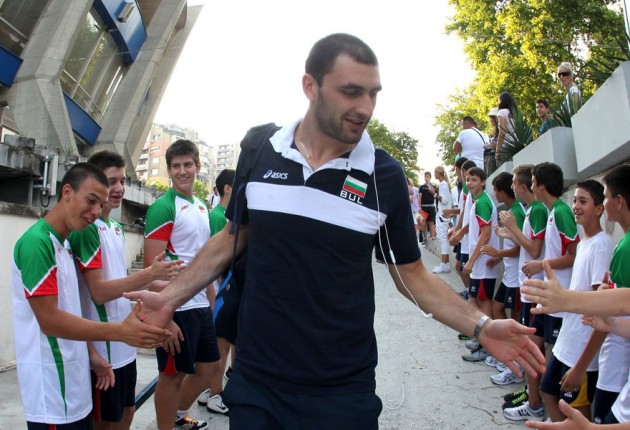 The first set showed no hints on how the match would end. The teams were explored each other and did not let either take the lead by more than a point. Aleksiev and Sokolov were spiking for Bulgaria and Kubik was trying to hold Poland in the game until the second technical time out. Intelligence was on the side of Camillo Placi, who obviously had done his homework. His men were almost perfect, and on the opposite side of the net red and white players were suffering from the lack of Winiarski, who was injured Thursday.

A U-turn in the second set totally stunned the nearly 6,000 people at the match. While Sokolov was spiking to make his 80 percent attack at the end, Viktor Yosifov and Valentin Bratoev started to score. Poland’s reactions went uncertain and at the second technical time-out, they were losing 11-16. Bulgaria’s serve was working smooth but the almost perfect attack and solid serve were the winning cards for Placi. Kurek had achieved 11 after two sets, Mozdzonek was at 6, but it was just not enough to keep their team stable and on the line.

A loss in Varna would mean a ticket to home for Poland, which is why the gold medalists were anxious to get back in the match. Unfortunately all the moves Anastasi made were splashing at the solid coast of Bulgarian defense. Everything was going smooth for the hosts and they were unstoppable. Sokolov spiked 10 more in the set to finish with 21 and Poland could not find a way to block the outside players of Bulgaria.

On Saturday, Bulgaria’s will fight for a win again, to qualify indisputably for the World League Finals. Poland, on the other hand, are already out of the finals, and will focus their attention on Eurovolley 2013 after their last match.