Andrzej Wrona, player of PGE Skra Belschatow and teammate of Stephane Antiga new head coach of Polish national team, told to local media that Frenchman is the right person for that job. 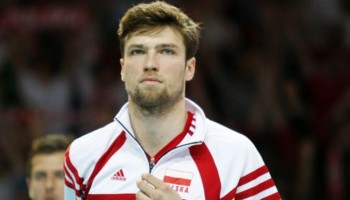 “At the beginning, when we found out about it, I was very surprised. I thought someone in the club was joking. Then, when it turned out that it’s true I am so happy because Stephane is a great man, a great friend and also very good for choice for Poland. I do not know anyone in Poland who in the name of Antiga somehow reacts negatively, not only among the players, but also among the trainers and activists. In addition, what is important, he can speak Polish very well, so there will not be problems with communication. I know trainers who came to work in Poland and were reluctant to learn our language, bu Stephane doesn’t have that problem” – said Wrona.

Polish player made an interesting comparison:

“On the other hand I’m a bit sad because this is his final season as a player. Stephane Antiga is the Michael Jordan of volleyball. I know how this sounds, but I am serious. I terribly respect him as a player and as a person.“