Many websites, including ours, reported yesterday that Matuszkova-Rossi will become a new player of Muszyna. But, an unexpected turnaround happened. 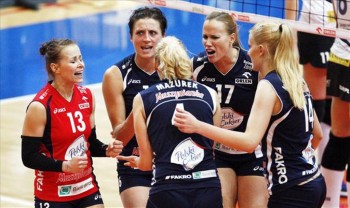 Czech receiver declined the offer of Muszyna, and accepted one from Lokomotiv Baku! So, she will join Milena Radecka who also signed recently for Azerbaijan team.

“Matuszkova will not play for us, but we confirm that we have talked to her. Unfortunately, we have not reached an agreement and our offer has been declined. I will not reveal name of player who will reinforce us instead of Matuszkova. I’ll just say that she is coming from Balkan – said Bogdan Serwiński, coach of Muszyna.