On Wednesday Jihostroj CESKE BUDEJOVICE will play Poland’s Asseco Resovia RZESZOW for the fourth round of action in prelim Pool C of the 2014 CEV DenizBank Volleyball Champions League – Men. Asseco is currently topping the charts of the Pool with seven points while Jihostroj stands at the bottom of the charts having lost all of their matches so far. 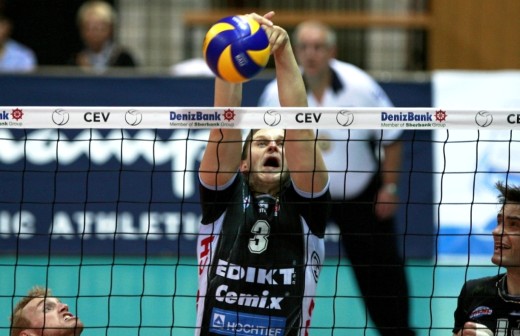 Jihostroj have a much better record in the Czech Extraleague where they have won six of their eight games:

“However, the CEV Volleyball Champions League games are a totally different story and the local fans as well as my players are looking forward to playing Resovia” says Czech mentor Jan Svoboda. Jihostroj will most probably be able to count on wing-spiker Jan Kuliha for the game with Resovia though the latter has been plagued by muscle strains in recent times.

Some weeks ago these teams crossed their ways in Poland and Resovia edged Jihostroj 3:1.

“We played two good sets there and we hope that since this time we play at home, my guys will be able to improve on what they did in Poland. RZESZOW remains the big favorite but we hope we can fight for a home victory” Svoboda adds.

Resovia will line-up the setter of the Czech national team, Lukas Tichacek, who will hence return to his home country though only for a very short stay. Svoboda hopes that home star Michal Krisko will be showing his best while he also counts on the experience of setter Petr Zapletal who spent some time in the Polish national league. The match coming up on Wednesday at 8 pm shall be attended by some 1,500 fans according to the organizers.

BRA M: Injury is past, Murilo is back!

POL M: The champion will play the...