After good games against Jastrzebie and Zaksa, Skra and Resovia got to the final of PlusLiga. We can expect tough battles for the Polish title. 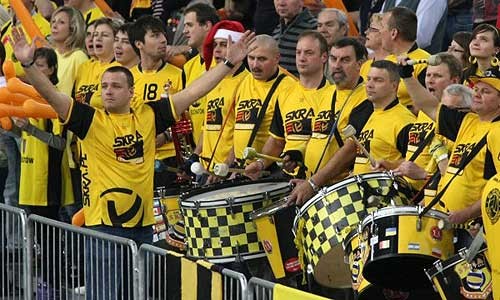 After two matches before Easter, Skra needed only one win to be the part of the great final once again. The last game between those two teams was incredible. Jastrzebie showed their determination, a lot of ambition and really great skills. They were leading 2:1 and had everything in their hands to win. Although they had some set balls, Skra managed to make it to the tie break. This 5th part was a real thriller. Skra started with 3:0, but soon it was 6:6. However Skra was able to hold their emotions a little better and won 3:2 and this duel has finished in three matches.

The battle was less predictable in the second duel. Resovia came back home and they won with Kedzierzyn twice in a row. First game in Rzeszow was full of emotions. Only in one set Rzeszow won easily, when Zaksa had one step to finish the game (2:1). Tie break was tough and great, but in the end Asseco Resovia could enjoy their victory. On the next day, it went a lot much easier and faster. After the first part (26:24) Zaksa was less and less effective.

On the other hand, it is the great time of Georgy Grozer now – he has been a real killer lately. He is spiking and serving incredibly fast, strongly and successfully. In this 4th match he scored 23 points and became MVP.

Now, Skra and Resovia have a chance to win the gold, but we already know that these two teams will participate in the next edition of Champions League. Zaksa and Jastrzebie has to try to forget about these unfortunate days and save the day with bronze.