As it was reported by the Polish media, President of the Polish Volleyball Federation Mirosław Przedpełski was detained on suspicion of corruption in the organization of the World Championships! 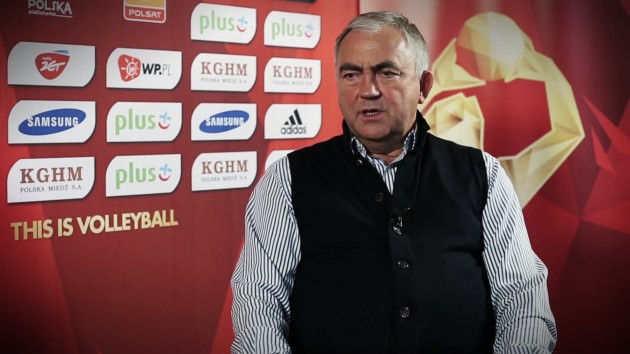 The alleged corruption was associated, among others, with the security company FOSA from Chorzow which has secured matches of the national team of Poland for years.

Central Anticorruption Bureau of Poland announces that Przedpełski had taken a bribe many times, about tens of thousands of dollars in total. The head of the security company FOSA was also detained.

On Thursday, the president of the Polish Volleyball Federation had to participate in a press conference in Katowice, where he had to present the trophy won by Polish national team at the WCH.

However, he did not come at the meeting with the media and after 30 minutes of waiting, mayor of Katowice canceled the conference.

Polish reports that Przedpełski was retained in custody  on the way to the meeting.

All FIVB is corrupted…

Bullshit. Amounts in several thousands? 🙂 If anybody takes amounts it is in hundreds of thousands or even millions. Bullshit and provocation 🙂

The president of Bulgarian Volleyball Federation also is giving implications as a ”big house” candidate.

And what about other federations? Serbia? Italy? Russia?

graca and him? do you see the conection?

Poland should be banned from international competition !!!

Hahahaha BLUEREDWHITE we should be banned because we organized the best WCH in history of volleyball? Now is corruption but excuse me this guy is one of the most important member of FIVB,find out that he is marketing president of FIVB. If he is guity, guity is all FIVB with Ary Graca too who had also corruption issues before organizing WCH.

thats why volleyball its not making big in some countries because the FIVB president itself is a corrupt look at the world club championships and world league next year its again in brazil so he can is not going to waste some of his corrupt money. they keep on continue this volleyball is going to sink

They make all competitions in Brasil because nobody else wants to organise them! WE are on a bad way for a long time. And now Graca wants to remain president of FIVB for more years…

Dudes, look if FIVB giving high positions for such people how FIVB is totally corrupted. This guy is arrested because system of our country is well-functioning. The new information saying he took money from security service with our vicepresident. Imagine, it’s only security service case. One took this money in September from this firm, second several days ago and both arrested. I think all FIVB should have police revision. Because despite good organisation they all accepted all documents from this arrested guy, also about security service during matches.

‘about tens of thousands of dollars in total’….lol