POL M: Nikolay Penchev and Resovia might go on court!

Unexpected turnaround in the case of Nikay Penchev and Asseco Resovia! Player's agent might sue the club! 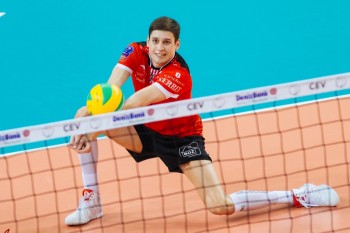 Everything seemed so perfect between Nikolay Penchev and Asseco Resovia. When they finished a very successful season, it was announced that the Bulgarian player extended his contract with the Polish club. But, that was not quite right according to the latest info which comes from Poland.

Sportwefakty.pl writes that Penchev had 2+1 contract with Resovia, signed in 2013. Therefore, those two “certain” years from the contract expired after the end of the last season, so the club decided to use the clause and automatically activate the additional third year in the contract…

However, it seems that the player’s agent has not agreed with that, and he is now about to sue the club because of violating the deal! According to the agent, Nikolay Penchev is not obligated to stay in the club in the next season if he does not want it!

Perhaps the all fuss started when it was clear that Asseco Resovia was trying to bring Zbigniew Bartman who would probably take the place of Nikolay Penchev in the starting lineup.

then that sucks cause penchev really played well