World No. 4 Poland will take on Olympic champions USA in the final of the FIVB World League 2012 after they won their semifinals against Bulgaria and Cuba respectively on Saturday at the Arena Armeec in Sofia. 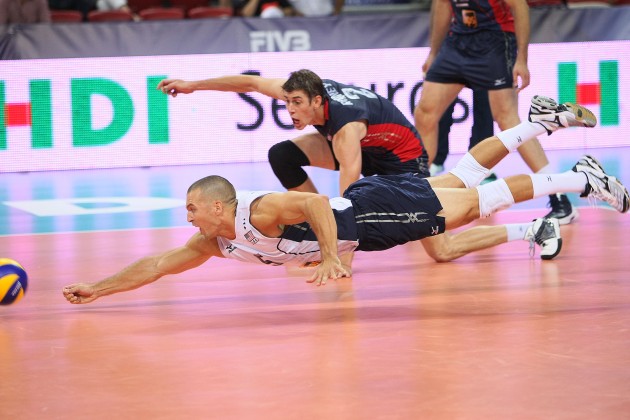 “We are very happy with this victory”, Poland captain Marcin Mozdzonek said. “It is the first semifinal in the World League that we have won so we are very excited and we cannot wait for tomorrow. It is a historical moment for all of us. Although the Bulgarians served really well and despite the atmosphere in the hall, we handled the situation.”

Earlier Mathew Anderson, who scored 13 points in USA’s victory, said: “It was a good match, we played pretty well and followed the match plan that we had prepared. Our defensive action after the Cuban blocks worked and we hit really well in transition which gave Cuba a hard time.”

Head to head, Poland lead 13:10 including a straight sets win at last year’s World Cup however the only previous medal encounter between the two countries was a play off for the 2007 World League bronze medal which USA won 3-1.

Meanwhile the bronze medal match at 17:30 will feature 1998 champions Cuba, who will be chasing their third World League bronze medal, and Bulgaria who have never stepped on the World League podium, boasting a best finish of fourth in 1994, 2004 and 2006. Cuba lead the head-to-head record 20:13.

WL M: Poland advance to final after 3-0 win over Bulgaria