WL M: Poland advance to final after 3-0 win over Bulgaria

Poland advanced to the final of the 2012 World League after defeating hosts of Bulgaria by 3-0 (25-23, 25-20, 25-18). There was no doubt that the Polish team was better than the home squad in this match and deserved to face the United States in Sunday’s battle for the gold. 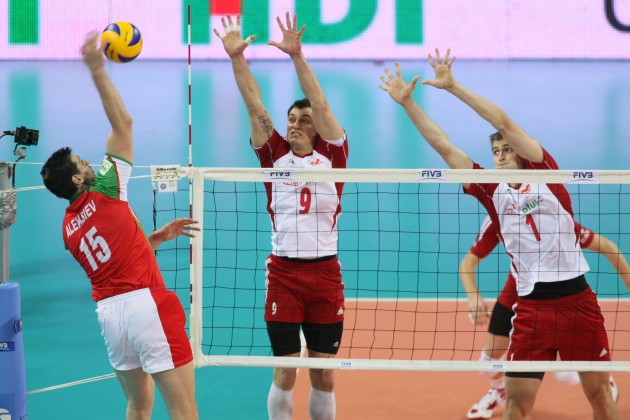 The first point was for Poland and they kept leading up to the first technical time-out (8-5). Bulgaria had to catch up and Todor Aleksiev managed to narrow the difference down to only one point with his spike. But the Polish team did not let this last too long and the second technical time-out came at 16-14.  After that it was absolutely impossible for Poland to be stopped as they kept the pressure with their attacks. However, it was like a miracle for Bulgaria, when Valentin Bratoev scored 4 aces in a row when Poland was on its way to score its 24th. Bratoev literally resuscitated Bulgaria from the ashes. The Lions saved two set points but it was not enough to win the set as it eventually went 25-23 Poland’s way.

The second set started with a point for Bulgaria but then Poland took the leading position again. Even though Aleksiev, who scored seven points for Bulgaria, followed Bratoev`s example and scored an ace himself, he could not equalize the score. Poland were still spiking well and showed impressive skills. The first technical time-out came at 8-5 to Andrea Anastasi’s boys and they kept the lead through to the second one as well – 16-11. The Polish team led by Bartosz Kurek won the set by 25-20.

The beginning of the third set was tough. It was a tied game but still Poland was able to pile up an advantage before the first technical time-out (8-5).  Bulgaria stayed in the runner-up position throughout the rest of the set. Nayden Naydenov’s boys could not overcome the powerful spikes of the opponent so the second technical time-out came at 16-12.  Even the 10 000 Bulgarian fans in the stands did not intimidate the Polish players who continued to be more consistent through the end to close the set at 25-18 and triumph as finalists.