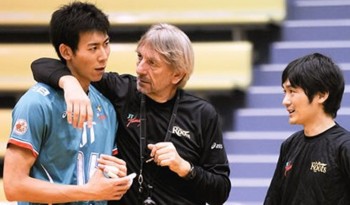 The player did not even made an official debut for JT Thunders. Polish superstar terminated the contract with the Japanese club, due to his health problems, but only a week later he decided to join PGE Skra Belchatow.

That is something that really hurt the feelings of JT Thunders head coach Veselin Vuković.

“I was expecting something like this from him. It just tells you a lot about Bartosz. JT Thunders is a great club where he would have gained even more experience, but he chose a different path and made a bad picture of himself in the public,” started Vuković for sportowefakty.wp.pl.

“His explanation that he ‘needs time to rebuild himself’ is quite funny. I wish him luck. I always start with the presumption that the people are honest. I wish Bartosz was honest to us. He could have said ‘I changed my mind, I do not want to play in Japan’.”

Vuković also revealed what Kurek said to him when they met in Poland.

“He said that he had panic attacks. We got a report from the Polish doctor who confirmed that Bartosz had panic attacks. The doctor also said that the player must undergo a treatment which takes 6-8 weeks. My club could not wait that long. While then, out of nowhere, Kurek started trainings with Belchatow on Monday. For me, everything is clear. I wish him all the best in Belchatow and in the rest of his career.”

And he closed the doors in Japan FOREVER!!!

I knew Kurek was a flake. He shows how chicken he is on the court. He is still a little boy.

I hope he doesnt play for Poland anymore.

I will understand Kurek’s decision in only one situation: he signed with Skra, but he’ll get time to rest, month or two. Within that time Skra will sign opposite on short-term contract to end of 2016, or give a chance to player from their young team. Otherwise, he cheated not only Jt and their fans, but each volleyball fan.

POL W: One of the most beautiful...