Jastrzębski Węgiel achieved highly important win in Round 25 of the Polish Men’s volleyball PlusLiga in their battle to claim one of the top four spots in the Regular Season that will take them to the playoffs. 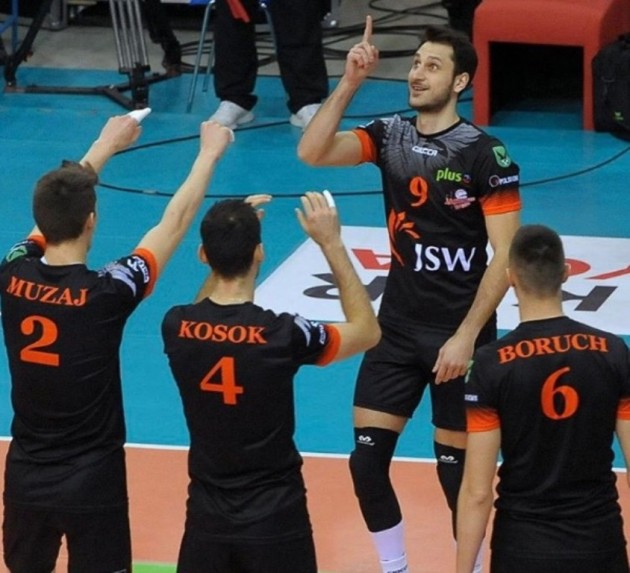 This season’s hit in PlusLiga took all three points on the road against Trefl Gdańsk 3-1 (25-20, 14-25, 25-18, 28-26) to return to the top 4 in the rankings. A duel was distinctive by the fact that two best scorers of the championship had a face-off. A second-ranked Damian Schulz from Trefl was more successful than the leader, Cuban Salvador Hidalgo Oliva, topping his team’s scorers with 25 points. Hidalgo noted 17, being second best scorer of Jastrzębski in the match behind Maciej Muzaj – 27 points.

Although he was not in the line-up of Jastrzębski, German receiver Sebastian Schwarz made his debut upon arriving from Russia as a medical joker, replacing Canadian Jason DeRocco at some points, but did not score against his former club.