PGE Skra Bełchatów achieved a big win in Round 14 of the Polish Men’s Volleyball Championship PlusLiga. It was a big win not because of the strength of the rivals but due to the circumstances that preceded the game. 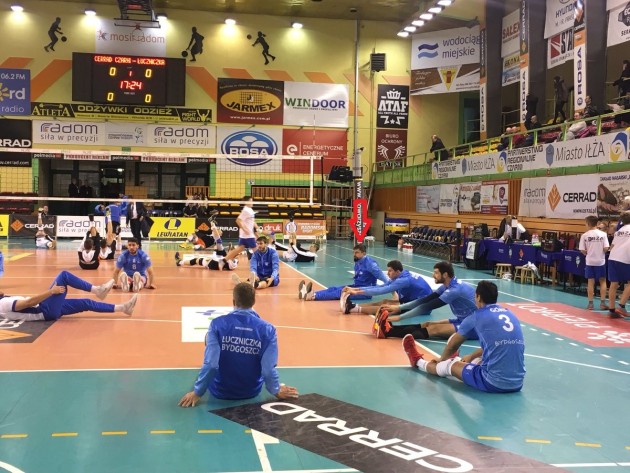 PlusLiga runners-up Skra outplayed penultimate side in the standings BBTS Bielsko-Biała by a 3-0 (25-20, 26-24, 25-21) and did it only 48 hours after the 2018 CEV Champions League encounter against Lokomotiv Novosibirsk. Skra were led by the Serbian giant Srećko Lisinac who poured in 15 points, of which only one point came from the blocking, with 78% attack.

Cerrad Czarni Radom defeated Łuczniczka Bydgoszcz in four sets in the match that had a quite interesting detail. Namely, since he was not able to count on a backup setter Piotr Sieńko due to injury, Łuczniczka coach Jakub Bednaruk decided to register himself for the match! After all, during his professional career as a player, that was his position. And, despite the fact that he conducted a warm-up (marked with the red arrow in the photo), Bednaruk did not enter the game. He took his primary role, a role of a coach. Radom coach Robert Prygiel had Kamil Kwasowski and Slovenian Dejan Vinčić at the disposal for the first time in a while but not Michał Filip. A prospect opposite Jakub Ziobrowski grabbed the opportunity with both hands, notching 24 points for Radom.