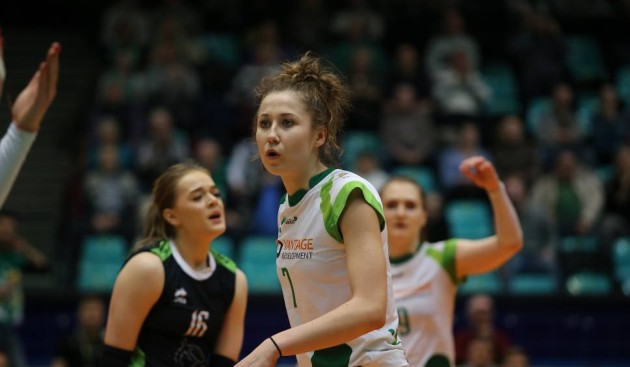 Impel Wroclaw continued with the presentation of the team for the next 2018/2019 season. They announced that Weronika Wolodko will play one more season in their team.

Weronika came to Wroclaw last season when she debuted in the Polish Liga. In 20 matches she scored 38 points and most of them were in the block – 18 points. Check her stats.

“I am very happy that in the next season I will be pleased to represent the colors of Wrocław team. I came here for wonderful people who helped me to enter the world of professional volleyball, hence the decision to stay with this team was not difficult for me. I know that I am in good hands and I will be able to make my steps forward with hard-working volleyball skills. I hope that in the upcoming season we will create a harmonious group fighting for each ball” said Wolodko.

The first coach of Wroclaw is Marek Solarewicz who eight seasons works for the club but as the head coach the third consecutive season.

After eight seasons, Klaudia Kaczorowska decided to return to Enea PTPS Pila. In the upcoming season, she will play for the Polish club who last season finished on the fifth place in the domestic league.

The 30-year-old receiver during her career played only in Poland. She came from Rzeszow where she spent the last two seasons. Check her stats.

In the upcoming season, Adrianna Adamek and Agnieszka Adamek will appear in Legionovia Legionowo team at the libero position. For Adriana, it will be her fifth season in the club while Agnieszka came from Polonii Świdnica who participate in the second Polish league.