Dinamo Moscow achieved a second victory in the final series of the 2018/19 Russian Women’s Volleyball Championship and came to a step from being crowned titleholders. 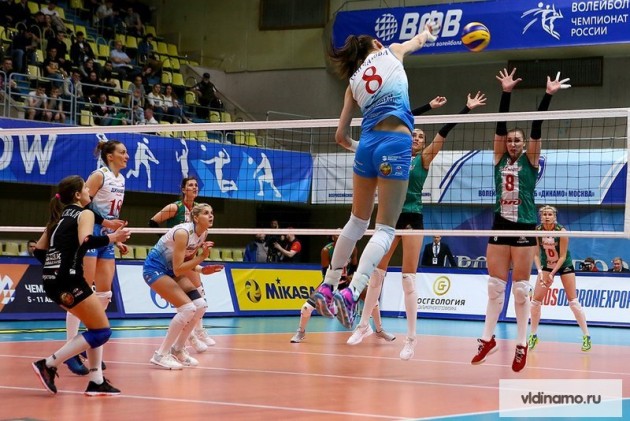 The top seed Dinamo Moscow took full advantage of a home court to double the lead against the second seed Lokomotiv Kaliningrad region in the 2018/19 Superliga playoff finals.

Counting these two wins, Dinamo beat Superliga rookies Lokomotiv four times in four matches in the season. The third and, if necessary, the fourth match of the final series will be held in Kaliningrad.

TUR W: Back to square one – VakıfBank tie series of playoff finals against Eczacıbaşı