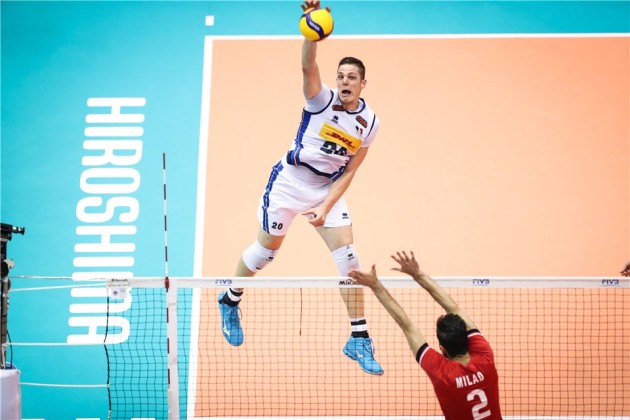 The top scorer (185 points) of the 2019 FIVB World Cup, Nelli, is the new player of Russia’s Belogorie. In the squad of the three-time European club champions, the Italy National Team backup opposite hitter will replace Serbian Dražen Luburić, who went to Lokomotiv.

Belogorie is the first club abroad in Nelli’s career. The 26-year-old player came to the Belgorod side from Gas Sales Piacenza. He has been a member of the Italy Men since 2015.

With the arrival of Nelli, Belogorie almost completed composing the roster for the next season. Only the question of the second foreign player remained open. The option of hiring the Pole Artur Szalpuk has appeared a few days ago but it seems that he’s closer to moving to Asia.