Russia’s derby in the Playoffs 12 of the 2013 CEV Volleyball Champions League – Women will continue this Wednesday as Dinamo KAZAN and Dinamo MOSCOW cross once more their ways, this time in the capital city of Tatarstan. This and other volleyball news read on Worldofvolley.com. 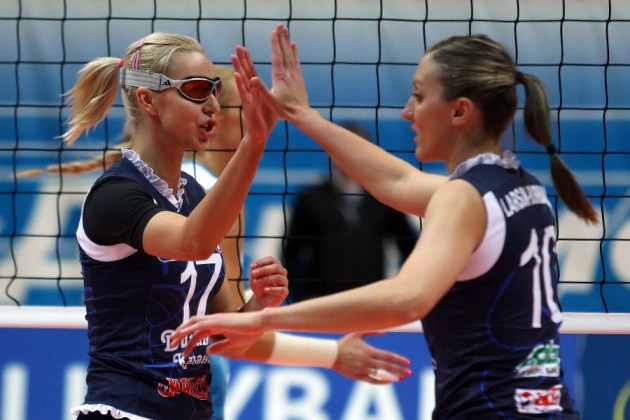 The hosts will start their quest for a spot in the Playoffs 6 after claiming a 3:1 away win last week in Moscow.

This is the fourth time Russia’s “Dinamos” play each other this season, with KAZAN having a positive record of three wins, with the first that dates back to the final of the Russian Cup, before they downed their opponents also in the national league as well as last week in Moscow.

Russia’s Superleague had a break this past weekend so both sides could concentrate exclusively on the upcoming fixture. “We were able to recover and get back some energy. I do believe this match will be tough and it is impossible to prepare specifically for the golden set” says home mentor Rishat Gilyazutdinov. “If we have to play that additional set, the players will have to show there all of their character and determination”.

“Dinamo KAZAN is very strong and if they are on such a winning mood, it is difficult to stop their momentum” adds Dinamo MOSCOW head coach Svetlana Ilic. “However, any winning streak is supposed to come to an end sooner or later and I believe we have our chances to make it to the Playoffs 6”.