This coming Wednesday TRENTINO Diatec and Dinamo MOSCOW will be crossing their ways once more in the Playoffs 12 of the 2013 CEV Volleyball Champions League after the Russians claimed their home game in the first round with the score of 3-2. This and other volleyball news read on Worldofvolley.com. 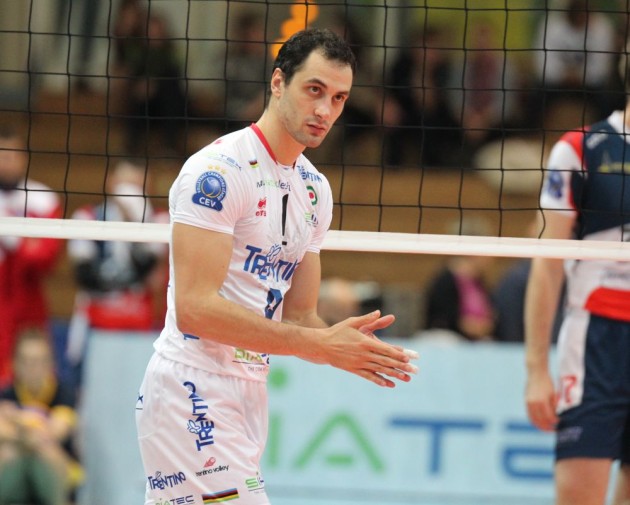 After dominating the European scene for three consecutive years and ending their last campaign in third place, TRENTINO is most probably having the toughest match in recent times after losing last week in Moscow at the tie-break. The guys of Radostin Stoytchev first need to score a home win and then, regardless of the final score, a golden set will determine the side advancing to the last stage of the competition. Unfortunately opposite Jan Stokr and wing-spiker Osmany Juantorena are not in their best shape due to injuries.

No matter what, this game will write history for TRENTINO Diatec: it will be the 500th official match since the club was established back in May 2000. With this in mind, more than 3’000 fans shall be in attendance for the clash with Dinamo MOSCOW.

“In the away match we approached the game the wrong way. We played very bad the first two sets, but then we came back and brought the match to the fifth set. We restart from that point and will do our best to make it through” says the coach of TRENTINO Diatec Radostin Stoytchev. “We can do it. In the past years we often had to stand difficult situations and we always succeeded in making it through, so I am confident that this time it won’t be different. We will need concentration and determination, besides strategy and technique”.