The Siberian city of Angarsk will not be sleeping tonight. The Troynins will surely be up and in front of the computer screen to watch the live stream online. Just like they have done during all of Russia’s games so far in the tournament. Read more volleyball news on worldofvolley.com. 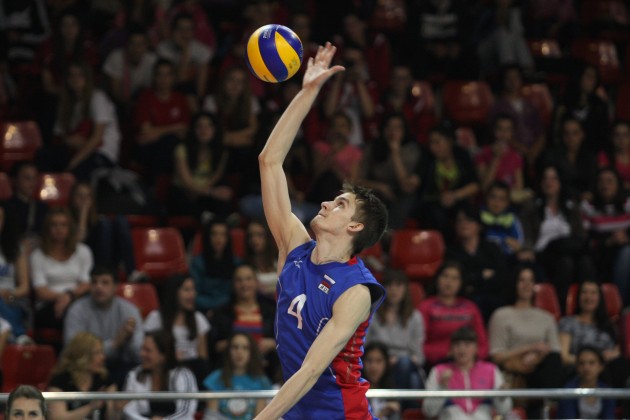 Maxim’s father, Valeriy Troynin, used to play volleyball and he is the one who first grabbed young Max by the hand and took him to the volleyball gym. He does not like to miss any of his son’s games and makes every effort to watch them. Now he is a system administrator and usually has to get up at 6 o’clock in the morning to go to work. So after the European Championship final tonight he might as well not go to bed at all. Of course, it is not only the father that stays sleepless to watch Maxim’s games. His mother, his babushka and dedushka (grandmother and grandfather) and many of his friends also spend the nights in front of the screen.

Angarsk is close to the border with Mongolia. Geographically, it is not even in Europe, but as Russia is an important member of the European volleyball family, the medal that Max will bring home from the championship will certainly be greatly appreciated by his relatives, friends and fellow citizens. They already take pride in the fact that he represents their city in the Russian Superliga playing for Gazprom-Yugra SURGUT, but the continental honors will be really exciting for them.

”My family and friends are absolutely happy because we made it to the final of this high-level competition”, Maxim Troynin says. He also comments on the upcoming crucial game tonight: ”It will be a very difficult match since Poland has not lost any sets so far. But we will change this.”