Zenit KAZAN signed a contract with opposite Roman Yakovlev, one of the most popular Russian volleyball players. His professional career lasts for more than twenty years. This and other volleyball news read on Worldofvolley.com. 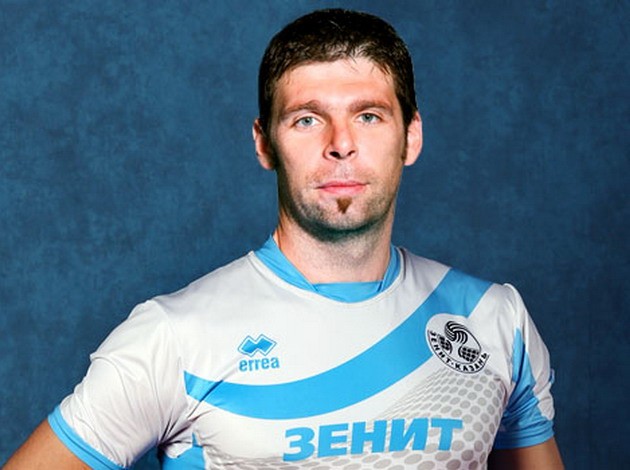 In the national team of Russia Yakovlev debuted on May 15, 1998, he played 142 matches and won medals at all major international tournaments: the Sydney Olympics silver, silver at World and European championships.

In 1999 Yakovlev went to conquer Italy, and already in the first season was the best player of the championship. And he played for the underdog in the Series A1 Forli! After receiving an invitation from the then renowned MODENA, as part of the club Yakovlev won the national championship and the CEV Cup, and in the final of the Champions League 2002/03 lost against Belogorie in which he began his career in Russia. In just five seasons in the Apennine peninsula Yakovlev played 153 matches and scored 2,657 points.

Back in Russia, Yakovlev had three good seasons in the Fakel NOVIY URENGOY and the second time won the CEV Cup. He then helped Dinamo Yantar KALININGRAD to return to the Super League. Next he played in the Dinamo MOSCOW and lost against ZENIT in the finals of the Russian championship 2010 and in the semifinals of the Champions League 2011.

Yakovlev started last season in the Iskra ODINTSOVO but lost his position to Canadian Gavin Schmitt. After the new year Roman went on loan to Dinamo KRASNODAR.

Zenit KAZAN is the tenth club in the biography of 36-year-old opposite player.