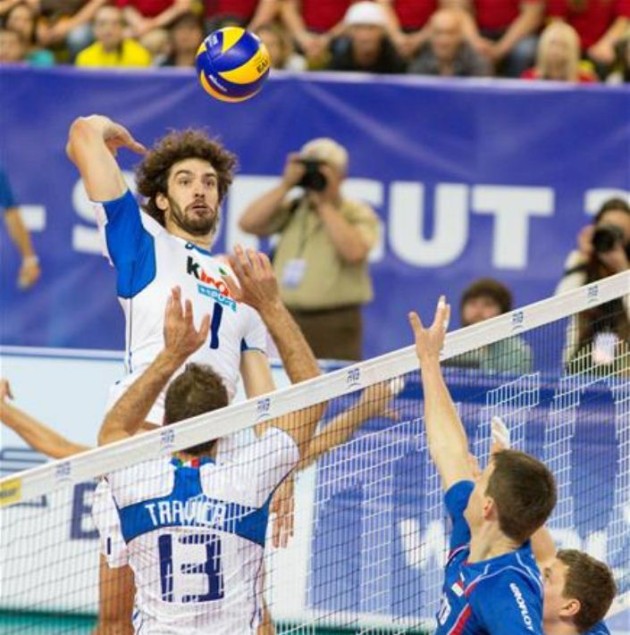 Russia started well, with strong serves from Nikolay Pavlov, and the hosts went 8-3 ahead at the first technical timeout. The visiting team fought back to level the score 11-11, but Russia had the slight edge, and some good services and attacks brought the hosts a 25-23 set win.

Spectacular blocking and efficient attack allowed Russia to stay ahead in the second set. The nerves of the visiting team began to show, and Russia stretched the margin to 17-11. Italy coach Mauro Berruto called for a timeout, but it didn’t help much: Russia closed the set out 25-23 to lead 2-0.

The hosts gained control of the third set, too, and with Russia leading 16-11, the contest seemed almost over. But Italy fought back furiously, showing real spirit as they saved seven match points. They tied the score 24-24, and finally clinched the set 26-28.

Italy had rediscovered their rhythm, and their well-balanced offence gave them a narrow two-point advantage early on. Russia levelled at 12-12, but with the help of Dragan Travica’s powerful services the visiting team took the set 23-25 to force a decider.

Russia gave the final set everything, leading 10-9 and 13-10, before finally shutting out the set 15-12. Italy will be disappointed, but their win over Russia on Friday, combined with a point from this 3-2 loss, means captain Cristian Savani‘s team will probably be satisfied with their weekend’s work.

Nikolay Pavlov was the match’s top scorer with 26 points for the home side. Italy‘s Ivan Zaytsev scored 25.

The result closes the gap at the top of pool B. Italy is still top with 15 points, Russia remains second, just one behind on 14.