Only a few days after winning silver at the FIVB Men’s Club World Championship in Brazil, Lokomotiv NOVOSIBIRSK will embark on a mission to retain the title they won last March in Omsk as they debut in the 2014 CEV DenizBank Volleyball Champions League hosting Austria rookie Posojilnica AICH/DOB. Though they have regularly competed in the European Cups in recent times, Posojilnica is relatively unknown to the Russian audience. 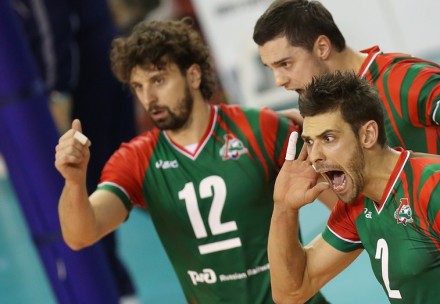 The Volleyball club Posojilnica AICH/DOB was founded in 1982 in a very small village lying on the Austrian border with Slovenia. The team moved to Austria’s first division in the 1990/1991 season and participated 12 times in the CEV Volleyball Cup. Two years ago Posojilnica made the final of the Austrian national league losing there to Hypo Tirol before last March their dream came true as they dethroned their opponents from Innsbruck to become Austria’s national champions and get the right to participate in the 2014 CEV DenizBank Volleyball Champions League. The Austrian champions are extremely motivated to perform well in their debut and their first CL appearance has been sparking a real Volleyball fever across the region of Carinthia.

As for hosts Lokomotiv NOVOSIBIRSK, after winning the 2013 CEV Volleyball Champions League, the players representing Siberia’s largest city are trying to add another title to their resume. They just won silver at the Club World Champs in Brazil while their head coach and assistant coach Andrey Voronkov and Claudio Rifelli were at the helm of the Russian national team that won gold at this year’s World League Finals in Argentina. Two players included on the roster of Lokomotiv, opposite Ilya Zhilin and middle-blocker Artem Volvich, were also among those who won gold at the 2013 CEV VELUX EuroVolley in late September in Copenhagen. The two-time (2010 and 2011) winners of the Russian Cup have other accolades to their credit: six players of Lokomotiv were in the Russian national team that won gold at the 2013 FIVB Men’s U21 World Championship in Turkey whilst Artem Volvich and libero Valentin Golubev helped Russia finish first at this year’s Summer Universiade in Kazan.

RUS W: Kosheleva – “You can always seek for the better”