The Serbian Svetlana Ilić is no longer the head coach of Dinamo Moscow. 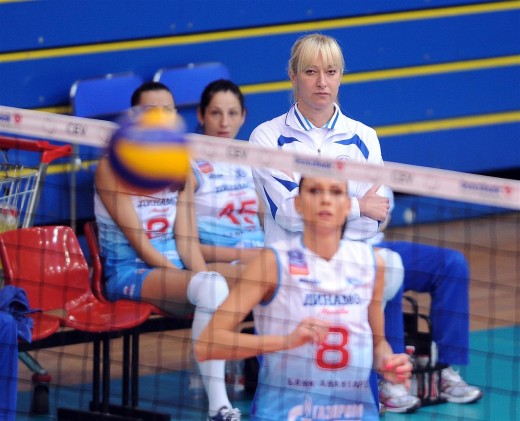 It was the decision of the club because the Dinamo didn’t perform well and the results were not good. Ilić was named as a head coach in September 2012. Leonid Zaiko will replace Svetlana until the arrival of new coach.

„We had a long chat yesterday with Svetlana about our results and we together made this decision“ said the club director Vladimir Zinichev.

“Today we will meet with girls and Svetlana will say good bye to them. I have to mention that Svetlana came in our club in 2012 in a very tough period. She worked hard, did what she could, but in sports results failed”

Who will become the new head coach?

“The middle of the season is in progress. It will be a tough decision. There are a few famous coaches we already contacted but we have to be sure that they will be more efficient and better than Svetlana” said Zinichev.

Dynamo Moscow was defeated by Dinamo Kazan at home court in the first round of the CEV Champions league, and it was the main reason why Svetlana Ilić got fired.

Is this the right decision made by the club? Who will replace Svetlana? Write answers on WoVForum.

Also, check out more articles from this country click on Russia.

Players, can you repeat this defensive move? (VIDEO)