Head coach of women's national team of Serbia, Zoran Terzic has signed a one-year contract with the WVC Omichka, according to Sport-Express. 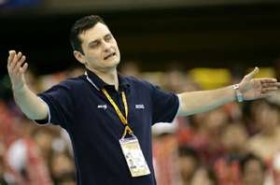 By his duties specialist will begin in June, after the selections will be completed at the London Olympic Games.

Under the leadership of Serbia, Terzic team became the winner of the Euroleague in 2009, 2010 and 2011, won the European Championship and took third place in the Grand Prix of 2011. Terzic will replace head coach of Omichka – Russian expert Vladimir Kuzyutkin.

RUS W: Chernyshov: Dinamo like the way of Gilyazutdinov