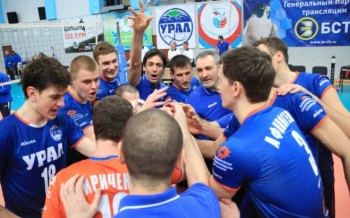 Ural Ufa will play in the Russian Championship in the season 2014/2015! Alexander Yaremenko, General Secretary of the Russian Volleyball Federation, confirmed this for ITAR-TASS.

“With almost hundred percent certainty, I can say that Ural Ufa will play in the Superleague in the next season. Club received funding from the Republic of Bashkortostan which will resolve financial problems” said Yaremenko.

Recall that both clubs from Ufa (Ural and Ufimochka) decided to withdraw from Russian Championship, but luckily local government turned things around.

But what about Ufimochka, the female team from Ufa?

From Trentino to Monza – All Serie A squads! (VIDEO)

BUL M: Vladimir Nikolov to play on the World Championship?