RUS W: Russian volleyball team is not at the peak of the form – Perepelkina 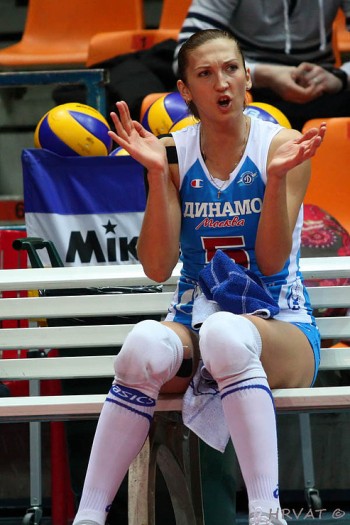 On Sunday, Russian volleyball players were victorious in Yeltsin Cup, which was also attended by teams of Italy, Cuba, Poland and Brazil, July 11, they go to the final pre-Olympic tournament in Italy.

“We’re not in top form now, but I think we will fix our mistakes. Now tournament will be held in Italy, which will show what we need to correct, what to look for, and I think all of us will be at our best at the Olympics” Perepelkina said.

Commenting on the last Yeltsin Cup, she said that “It was most difficult with Cuba.”

“We weren’t able to play our game from the start. Then we found the right approach, tactics, and we played better against them. They have been our strongest opponents on the tournament” Perepelkina explained.

Lyubov Sokolova, Tatiana Kosheleva were in Ekaterinburg, but did not play in any match in the Yeltsin Cup.

“The lack of strong players is always felt, but they are now back in the program, we hope that they will gain form” summarized Perepelkina.

Volleyball Olympic Tournament for women will take place from July 28th to August 11th in London.

Hot dance in the middle of the...