Bari and Birarelli talked about playing in the Olympic Games in London. 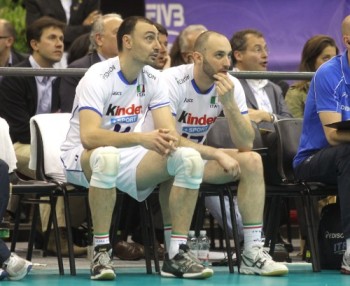 “To play in the Olympics is a dream I had since I was an athlete and now I am going to achieve it. I can’t deny it, I’m very excited and despite Berruto already announced the team I still can’t realize what it means, I will realize it on the opening ceremony of the Games” Andrea Bari said after the confirmation that he will go to Olympic 2012 Games in London with Italy. “I can’t wait to experience what playing in the Olympic means“.

“The thrill of being there again can’t be as the previous one, it is indescribable even for those like me who will participate for the second time after Beijing in 2008”. Emanuele Birarelli said.

“Going to another Olympics will be great. It’s great satisfaction, it means that I demonstrated continuity in the time between two Olympic Games. I wish I could erase the fourth place in Beijing with a better result and we have the means to do so.” he added

RUS W: Russian volleyball team is not at the peak of the form – Perepelkina