RUS M: Dinamo Moscow confirm Ilinykh, but what will happen with Holt?

Dinamo Moscow will obviously rely mostly on domestic players in the next season. 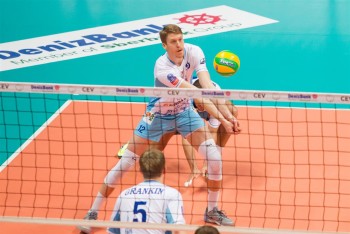 Dmitriy Ilinykh will definitely play for Dinamo Moscow in 2016/17 season, like it was announced a month ago. The Russian club confirmed that they agreed all terms with the player.

“We had talks with Dmitriy about his contract. He expressed his wish to be a part of Dinamo Moscow in the following season, so we agreed to sign a one-year deal,” said Dinamo Moscow Sports Director Andrey Sekretarev for R-Sport.

At the same time, it is still unknown whether Maxwell Holt will stay in Moscow or go somewhere else. American player wrote on his Twitter account that he hasn’t decided anything yet.

“For everyone that keeps asking me (or for anyone that cares)… No, I do not know which club I’m going to play for next season,” wrote Holt.

ITA M: Kaziyski about Kurek’s offer from Japan – “He may lose a good deal in Europe…”

if lube wants a good middle blocker max holt is available, can you imagine juantorena, zaytsev if lube might sign him, max holt and micah. micah can run the system he is used in USA MENS

Sir Safety Perugia with his brother Sam and his friend Zaytsev