Lokomotiv Novosibirsk head coach Plamen Konstantinov explicitly says that his team did not lose on purpose against Zenit Kazan. 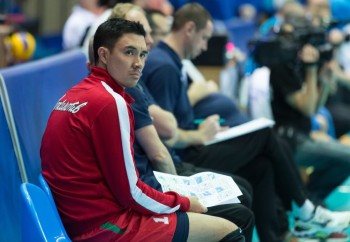 Before the match between two Russian powerhouse had even started it was clear that the winner would play against Dinamo Moscow in the semifinals, while the loser would face Belogorie Belgorod.

Then the match between Zenit and Lokomotiv began and there was a very strange situation on the Novosibirsk side of the court. Instead of Lukas Divis, Sergey Savin, Nikolay Pavlov and Iliyas Kurkaev, head coach Plamen Konstantinov decided to put reserve players such are Stanislav Eremin, Vyacheslav Tarasov, Evgeniy Bannov and Maxim Belogortsev.

According to sport.business-gazeta.ru, the bookmakers immediately changed the odds for the match winner and the coefficient on Zenit Kazan victory dropped to 1.07!

Still, Lokomotiv Novosibirsk head coach Plamen Konstantinov explicitly says that his team did not lose on purpose against Zenit Kazan.

“We did not choose the opponent in the semis. I wanted to give a chance to my reserve players and to see on whom I can count in the upcoming games.”

Recall that Zenit Kazan head coach Vladimir Alekno was not pleased with the decision of Lokomotiv to play this match with their reserve lineup.