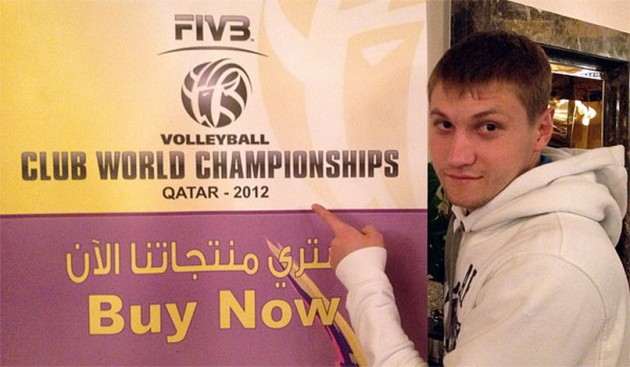 Zenit KAZAN will participate in this competition for the third time in its history. Previously, the Russian club joined the Championship in 2009 and 2011 taking bronze in both occasions. The main rivals along the way to the title remain the triple champions of TRENTINO Diatec from Italy and the runners-up of the 2012 CEV Volleyball Champions League, i.e. PGE Skra BELCHATOW of Poland.

Fans and Volleyball experts will be waiting to see if someone can finally stop the fantastic series of victories of the Italian club that has already made a hat-trick in Qatar. And it was Zenit KAZAN that finally dethroned TRENTINO this past March by cruising past the Italians in the semis of the CEV Volleyball Champions League where their domination had also lasted for three consecutive years.

The fans of the club from the capital city of Tatarstan hope that Zenit will extend the tradition whereby the winner of the CEV Volleyball Champions League eventually went on to claim also the Club World Championship since this competition was re-introduced back in 2009.