INTERVIEW: President of Vizura, Radojicic – “We need a system like we have in other sports…“

The president of the Serbian champions Vizura Zoran Radojicic has given an interview for the ACPV. 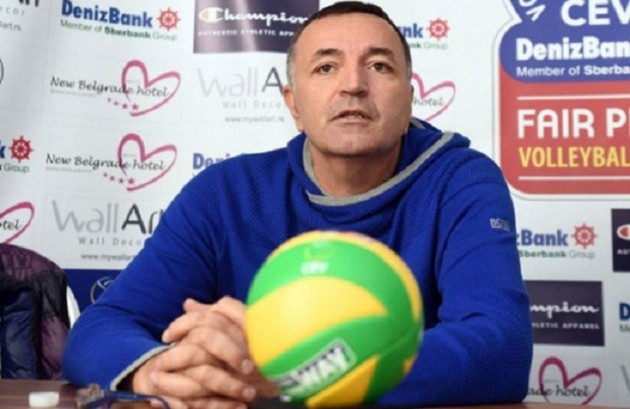 They were talking about the current system in volleyball and about a decision not to compete in the CEV Champions League.

Mr. Zoran Radojičić, your club has celebrated many great achievements at national and international level in the last few years. What is the secret behind this success?

“When I was laying down the foundations of Volleyball club Vizura, my main goal was improving the youth system and identifying players in younger age categories that could one day play for Vizura’s first team. So I was looking for talented young kids from all over Serbia and providing them with a good infrastructure, the best coaches and all other things they need to one day turn professional. In our short club history, we have more than 20 trophies in younger categories and eight more trophies at the junior level. This kind of system breeds a group of players who have already played together for years and know each other’s game before they are integrated into the first team, and they continue to play together in the senior squad which is one of the main reasons for our success,“ says Radojicic for ACPV.

Now, your club had to make a tough decision and declined to participate in the CEV Volleyball Champions League, the prime event in European volleyball. Why did you make this call?

“After 15 years in Serbian Volleyball and five National Trophies, we still feel isolated, without any financial help from any Serbian institutions. With this decision, I wanted to ask the National Federation and all sports institutions in Serbia if they need a club like Vizura and why we aren’t getting their support. We all know that most of the players who bring success to the national team are from Vizura… I still don’t have an answer to my questions from them.“

How tough was it for you, as president, to make such a decision and what did your players and fans say about this decision?

“This was one of the toughest decisions in my sporting career. Of course, the players and fans are not happy, but they understand the situation.“

Did you get any feedback from other clubs? Can they understand your decision, too?

“No, I haven’t received any calls from or been offered help by other clubs.“

What do you think has to change to make the premier event of European club volleyball, the CEV Volleyball Champions League, more attractive and less of a financial burden for volleyball clubs?

Are you considering participation in the 2020 CEV Champions League if you are able to defend the throne in the Serbian national league?

“First we will think about defending our national title, after that if we do succeed  then, of course, I will consider our position on the European stage.“

TUR W: Vakifbank and Gabi? The fans are waiting for the outcome