Crvena zvezda managed to hold of NIS Spartak and win in the Serbian League finals fourth game 0:3. The new champion will be decided in the fifth game, Zvezda will be the host. The top scorers were Raonic, Trnic, Cveticanin, Helic, Medic, Т. Matic. 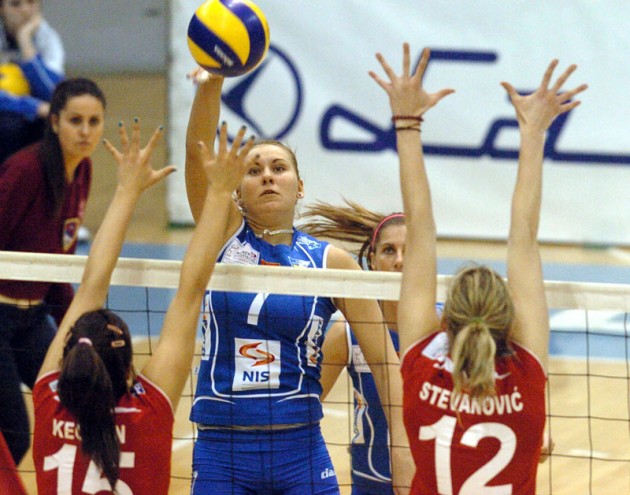 Zvezda’s players tried to start the game calmly but it was clear that they were under pressure which resulted in Spartak’s lead on both technical time outs (8:6, 16:14). Soon after that it was 20:15 for the hosta and Kecman started playing, scored four points and led 1:7 series. Spartak had a set point (24:23), but Zvezda scored three points to win this part.

Spartak managed to make a comeback after being down in the two previous matches, but they didn’t manage to do that this time. The host was leading 9:5, Zvezda tied the score 10:10. Spartak was again leading on the second technical time out 16:14, but Zvezda then scored four points for 16:18. The red and white had three point lead 18:21, Spartak managed to come to 22:22 but it was all it could do. Bjelica brought the victory to her team with three straight points, two attacks and one ace.

The fifth game will be played on Friday, 18:00 local time.