Nikola Grbić, the legendary setter and former captain of the Serbian national team, was appointed as the head coach of Serbia. 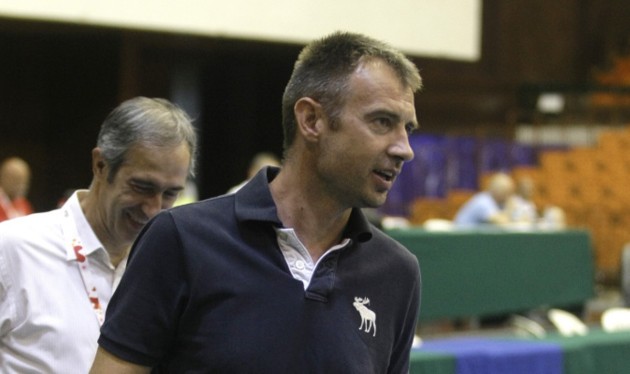 As it was published on the official website of the Serbian Volleyball Federation, a promotion of Grbić will be organized subsequently, in the first available term, with respect to his obligations in the club – Sir Safety Perugia from Italy.

Recall, on Monday, we announced that the President of the Serbian VF Aleksandar Boričić and Grbić met in Perugia.

We had the information that they were talking about Grbić’s taking over of the Serbian men’s national team and it turned out to be true.

Serbia is without a head coach since the end of 2014 World Championship in Poland when Montenegrin Igor Kolaković resigned from that position.

WL: Atansijević hit himself in the head...

This is hilarious – We found new...

Impossible save turns into point! (VIDEO)