SRB M: Lisinac – „It’s easier to win medal at Olympics than to qualify for it“

Srećko Lisinac, the middle blocker o Serbia’s National Team, is not too happy because he will have to find the way to the 2016 Olympic Games in Rio over seven toughest possible opponents at the moment. 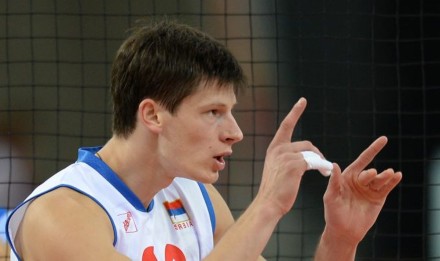 „In my view, these Qualifications are in general the most difficult tournament in volleyball. It is much easier to win a medal at the European Championships or the Olympic Games than to qualify,“ said the player of the Polish team of PGE Skra Bełchatów.

„In the European qualifiers for the Olympics, eight teams are participating. The eight highest ranked teams of the CEV. Each of the ’eight’ could be on the podium at the Olympic Games. During the European Championship there are all these teams, but there are always teams of a lower level, so the way to the semifinals and quarterfinals is easier, of course, depending on the fact which rivals come in the next phase. In the European qualifiers, you play right away with the strongest teams and in every game you have to be one hundred percent focused. For example, Belgium. They are considered to be the weakest opponents in our pool, and yet, they play great volleyball. Sam Deroo and Bram van den Dries – these players are really dangerous enough. So, you need to fight with them with the utmost concentration or you will lose the game,“ Lisinac added.

She didn’t win volleyball title in Philippines, but she took one for hotness (PHOTOS)