SRB M: Grbic – “The qualification system was changed at the last moment and it was a political decision”

The head coach of the Serbian men’s volleyball national team Nikola Grbic has commented on the reasons why Serbia won’t play at the Olympic Games. 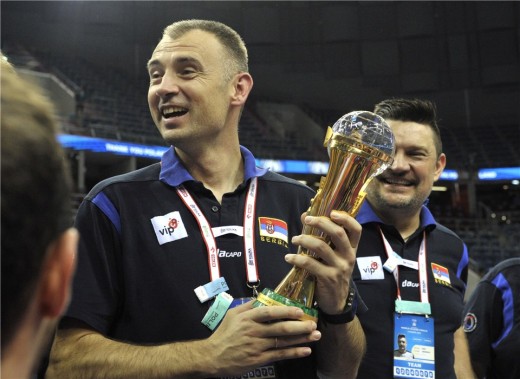 “We didn’t manage to qualify for the Olympics because two of our players were injured and couldn’t play in the most important match of the tournament in Berlin, against Germany. We had problems, we couldn’t play with the best players and tournament in Berlin was our only chance to qualify for the Olympic games. Life is not fair. The qualification system was changed at the last moment and unfortunately it was a political decision. Nothing we can do now. I hope that this formula will be changed for the next Olympic Games,” says Nikola Grbić for pzps.pl!

Grbic also commented on Antiga’s decision to cut off Mozdzonek from the list for Rio 2016:

“Antiga had to make decision. Such choices are always the most difficult for the coaches. All players dream to go to the Olympics, to win a medal. Coach has to crush someone’s dream, not because they don’t have needed skills and abilities, but because there are only 12 places for the Olympic squad. I think that Antiga has made the best decision for the team. It was the same situation with Bartosz Kurek before the World Championship. I can’t say that this choice helped Poland to win the gold, it was difficult decision but Antiga made it and won the championship” says Grbić.