Galatasaray Daikin has opened the new season with only few players and assistant coach Ataman Guneyligi. 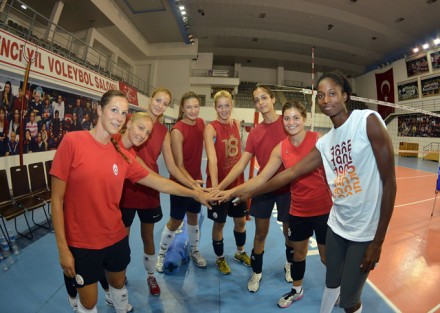 Galatasaray has started with the preparation for the 2013/2014 season in Burhan Felek volleyball Hall in Istanbul. On the first training there were few players such as Eleonora Lo Bianco, Neriman Ozsoy, Madelaynne Montano etc. because the others are with their national teams.

Coach Massimo Barbolini, Asli Kalac, Ergul Avci are with Turkish NT, Stefana Veljkovic is with Serbian team  at the 2013 Finals World Grand Prix as well Saori Kimura with Japan, and Dobriana Rabadzhieva is preparing for the European Championship 2013 with Bulgarian NT.

Read more news from this country by clicking Turkey.