In front of 2.000 spectators at Baskent Hall, Halkbank continued to play well and took another victory in CEV Champions league. The Turkish team defeated Tirol Innsbruck in three sets (25-18, 25-18, 25-15). 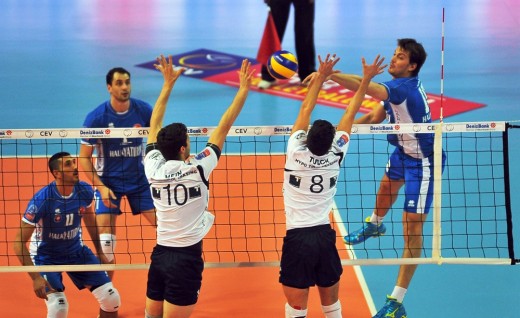 With 12 points in Pool F, Halkbank advanced to the next round of this elite European competition. Tirol is still without win in this season.

Jastryebski Wegiel is on the second place with nine points, while Tomis Constanta has three points.

Juantorena was the top scorer with 12, Mitar Đurić and Emre Batur both finished with 8, while Bulgarian receiver Matey Kaziyski scored7. Ronald Jimenez with 8 and Lorenz Koraimann with 7 were the best scorers in Hypo Tirol Innsbruck.