What is going on with Eczacıbaşı Vitra after it won the Champions League Final Four? 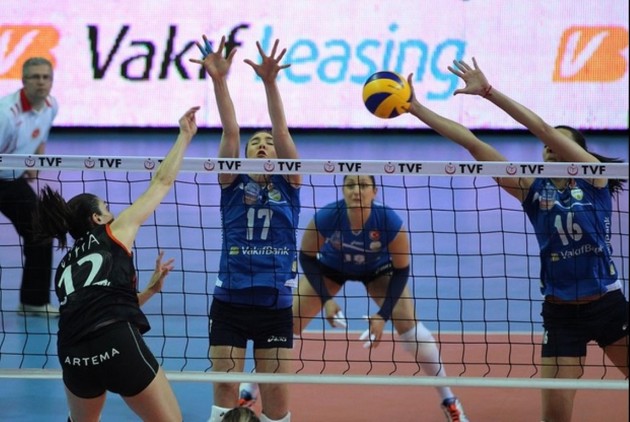 The European champions are unrecognizable after that tournament. Firstly they lost in the national Cup semifinals and then lost two games in a row in the mini-league for the title.

After being defeated against Fenerbahçe Grunding, Eczacıbaşı lost in the 2nd round as well.

VakıfBank İstanbul was better in straight sets, with partial 25-18, 25-16, 25-20 even without its coach Giovanni Guidetti who was punished for being sent off in yesterday’s match and duo of players – Sheilla and Kruijf. Both were on the stands.

Eczacıbaşı was also weakened with the absence of injured De la Cruz.

Gözde with 12 and Kübra with 11 points were the top scorers in Vakif while Esra and Neslihan scored 8 for Eczacıbaşı.