World No. 1 and World Grand Prix title holders the United States and Turkey both recorded their second straight victories at the 2012 FIVB Volleyball World Grand Prix Finals here on Thursday. 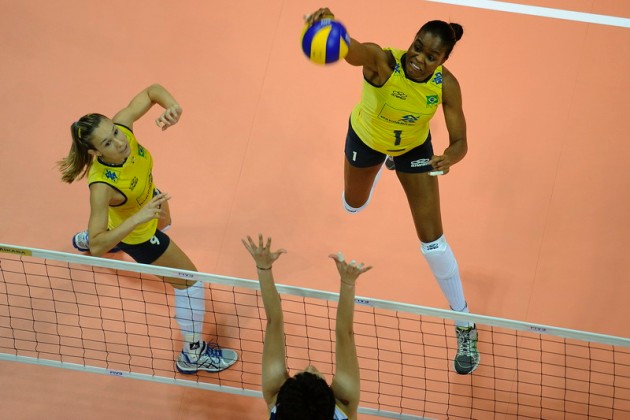 Megan Hodge had 22 kills in 37 attempts for a total of 25 points to lift the United States over Thailand 3-1. Winning two matches in a row in Ningbo, the American women also improved their head-to-head record against the Thais to 14-1 while the Asian side suffered its second consecutive loss in the six-team round-robin final round.

In the last match of the day, Menezes Thaisa and Castro Sheilla scored 18 points each to lead Beijing Olympic champions Brazil to a 3-1 victory against the host China.