The Turkish vice-champions Halkbank has found new receiver for the season 2015/2016! 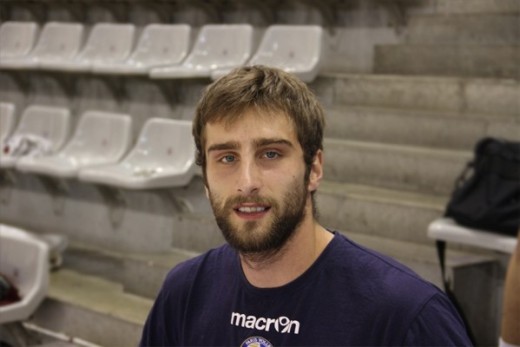 The Montenegrin player Marko Bojić is the new member of Halkbank!

“I didn’t hurry, I was waiting, I didn’t want to make hasty decision and to sign with other team. In the end, I’ve signed a contract with Halkbank that is excellent team. They have been playing very well in the previous three seasons and they won a title. They also had success in the Champions League. We didn’t talk about the ambitions but they want to win a title. In Champions league, we will try to reach Final Four! I’m very proud to be a part of this team” says Bojić for vijesti.me.

What if Velasco sees this? Argentine players vs. Japanese balloon? (VIDEO)

Huge mistake of the club.
Problematic player…questionable decision of the club!
It will be interesting season

You are overreacting.
He just make the problems in 4 clubs, not more.
This doesn’t make him problematic.

in poland he was crazy guy avoiding trainings, drinking and sleeping at night clubs, fighting. he could be amazing player but…………as he wants

Just let him sleep morning practices and when he go out take care that someone bring him home and wake up on the game day.
This way he could be usable in the team, and much more.
Only problem could be his character.